I am a warrior. I am a goddess 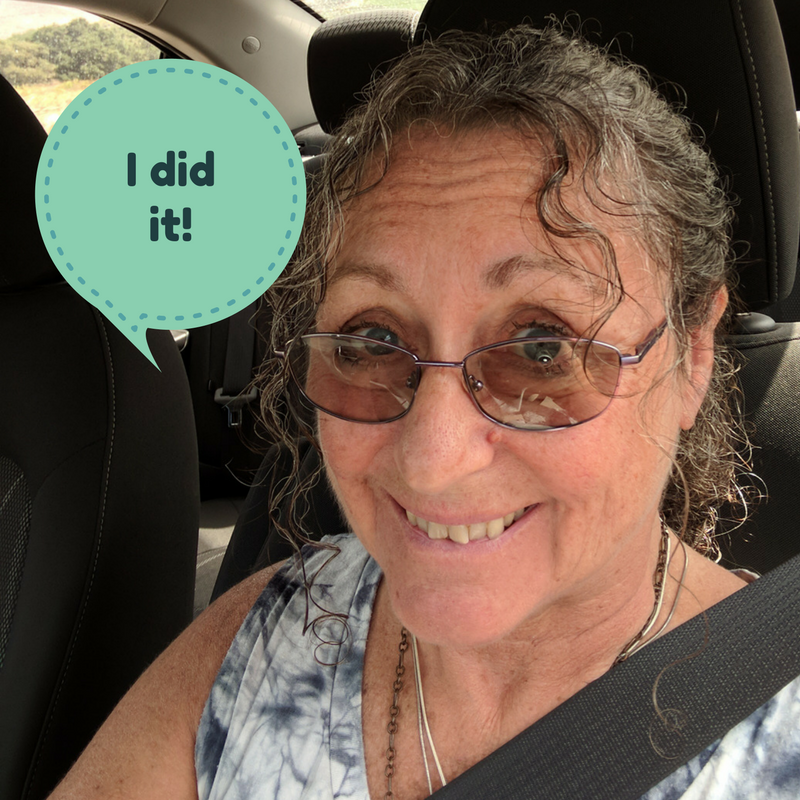 I am a warrior, I am a goddess

That seems to be my mantra throughout this entire trip. If you are just tuning in for the first time I am on a 20 day vacation, by myself, in Southern California. I have hooked up with friends and family all along the way which has been wonderful but most of the traveling has been solo, just me, all by myself.

Yesterday completed the very last nail-biting drive of the trip when I drove from Huntington Beach California to Nipoma in Central California. That trip required driving the LA Freeway system. 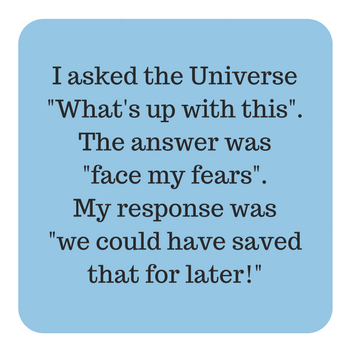 The night before I sat down with my friend Loretta and we looked at the trip on the computer. No problem, I thought, it’s straight up the 405 until I hit the 101 and then smooth sailing. I knew the 405 would be slow with way too much traffic so I chose to leave around 9:30 am hoping to get the “just after rush hour and just before lunch” traffic which would be a tad slower. I was ready to drive slow and easy, singing country songs and munching on granola.

When Amy, the voice of my GPS, started telling me the 605 turn off was up ahead I debated whether to follow my planned route or this new route. In my life I try to follow the path the universe puts out for me because I knew it, and my angels had my back. For this reason I chose to follow Amy and took the unfamiliar path.

Traffic opened up before me. Yeah Universe! I was proud of myself for listening and following and I knew that for what ever reason I was exactly where I was supposed to be. 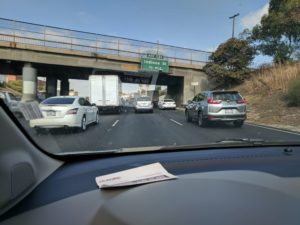 It’s not to bad here but slow enough to take a picture!

Then she put me on another Freeway, and then another, and I saw the city scape of LA looming ahead and began to have doubts. Traffic started to slow down. The Freeway became smaller, the roads older.

I asked the Universe “What’s up with this” and the answer was “face my fears”. My response was “we could have saved that for later! “

But I was where I was and there was no turning back so I kept driving forward trusting in my GPS, my angels and the universe.

By now I was on  the 101, the Freeway that I needed to be on to follow the coast, but I was in the heart of LA and the Hollywood sign was in sight. And then Amy wanted me to get off the freeway.

Now I had a decision to make. Follow the new path laid out for me or follow the path I knew would take me to my destination.

We have those decisions as well to make everyday in our lives. I saw the road before me that I knew would eventually get me to where I needed to be and a suggested path that was unfamiliar, scary but would get me there a bit sooner.

I chose the easier path, the path I was already on.

Although the universe will always direct you to your destination, sometimes we have to make the decision to follow our own guidance.

And here is another thought on this situation…

Because I went into this drive with the fear of driving the LA traffic, that is what I was focused on and I attracted exactly what I was putting so much energy into, LA traffic.

Eventually I drove out of LA, out of Hollywood, the roadway opened up and I made it to my destination. As I did so I knew I could do anything I set my mind on, that I was strong, I am a warrior, I am a goddess!

And you can too!!

© 2022 All Rights Reserved. Dani Montoya ~ Unauthorized use and duplication of this material without express and written permission from this blog’s author and/or owner is strictly prohibited. Excerpts and links may be used, provided that full and clear credit is given to Dani Montoya and Yellow Cottage Studios and Designs by Dani with appropriate and specific direction to the original content.

Dani Montoya /Yellow Cottage Studios / Designs by Dani  is a participant in the Amazon Services LLC Associates Program, an affiliate advertising program designed to provide a means for us to earn fees by linking to Amazon.com and affiliated sites.