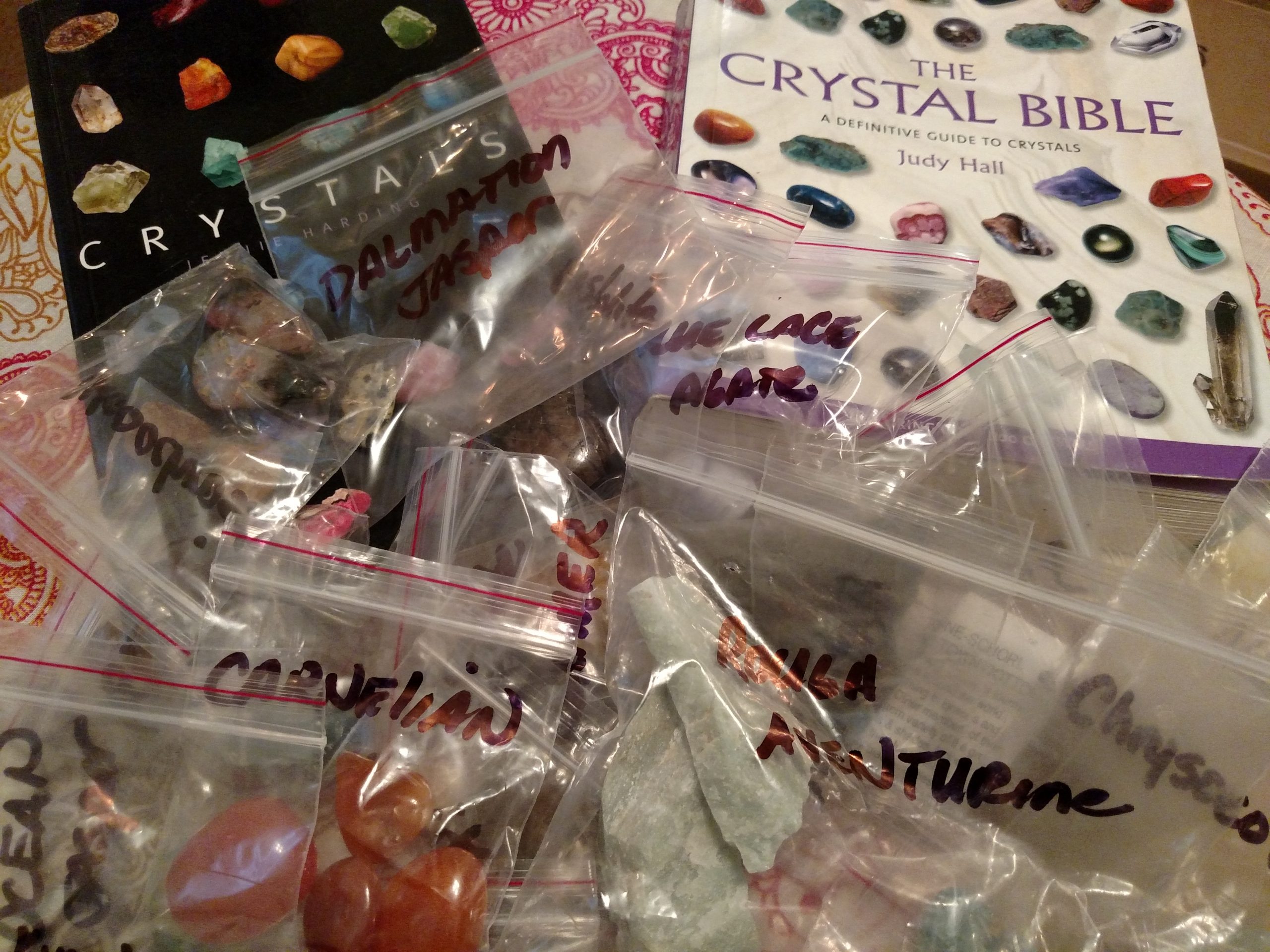 All week long it has been absolutely gorgeous outside. The sort of days that you know you would spend the day basking in the sun but the air was cool enough to keep you from sweating. Even though I have a dream life and get to spend my days making pottery, I still feel like I need to be in the studio during the day and not lazying around. That is something I have never been good at.

So I look forward to Saturdays. But this Saturday the weather played a cruel trick on all of us Monday thru Friday-ers, and its cold. Bleck.

So I decided to spend the day and organize my crystals (after laundry and house cleaning of course!)

Most of my Crystals were stored in a plastic craft container, all hodgepodge with very little organization and basically no way to remember what they were. So first I had to identify them, then photographed them and then I put them into small bags with their names written on the outside.

I use two books and google to help me identify and organize the crystals I have.

The Crystal Bible by Judy Hall and Crystals by Jennie Harding

I found crystals I didn’t know I had and have lost crystals I know I have but have no idea where they went off too. 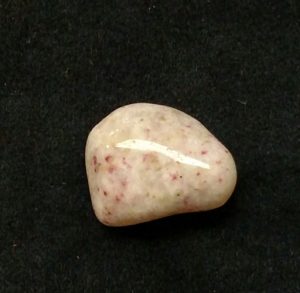 This Cinnabrite was in my catalog but nowhere to be found. Oh where oh where are you, dear Cinnabrite.

Maybe they will come home someday!

Even though I put them all into bags I know me well enough to realize that once a stone comes out of that bag, I may not remember what it was so I decided that I needed a backup and that was done in a free program called Evernote. I have been using Evernote forever and since it has an app for Android, IPad and Windows, it is a perfect way for me to stay organized regardless of what device I was using. It syncs notes between these platforms!

For the crystals, I used my phone because it is easy to take a picture, adjust it (I use Snapseed), and then share it to Evernote.

This is what my notebook in Evernote looks like. On the left are all my entries. I took pictures of each stone individually and cropped it pretty tight so I would see it nice and bold like this. The giant picture on the right is a “Dalmation Jasper”. I have never heard of this before and its not in any of my books but google came through for me. I have no idea where I got it but Yahoo I got one!!!

I created a Notebook called “Crystals I Own”. 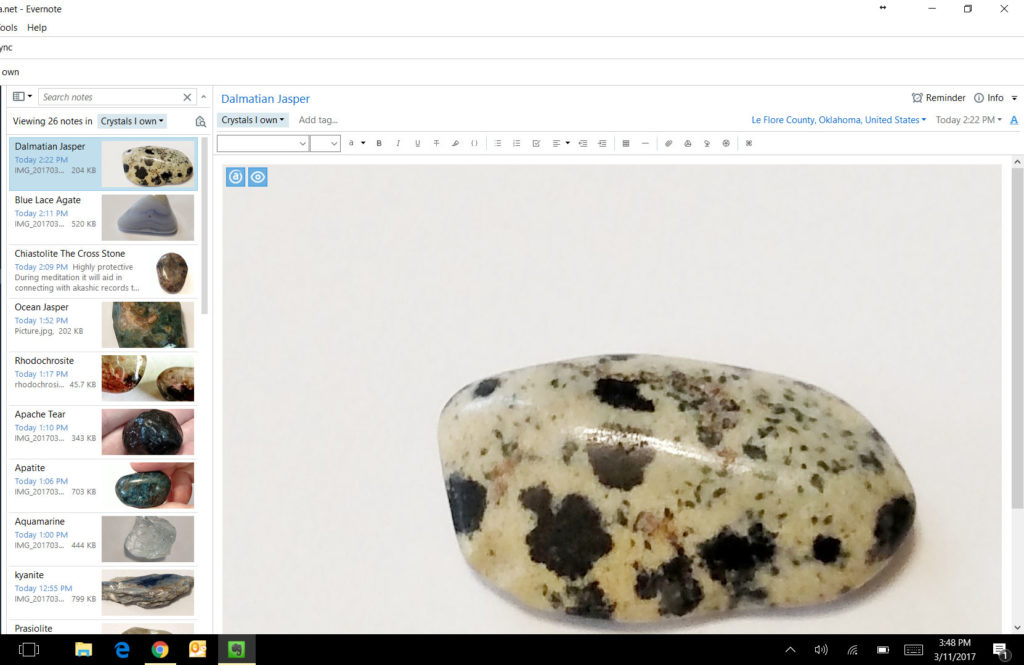 Once I start working with a crystal and learn its properties its really easy to add all that information right to this now. Evernote makes note taking and organizing easy and its searchable. This is the best way for me. I hope this helps you.