When “Negative” is actually a positive thing. Himalayan Salt Lamps 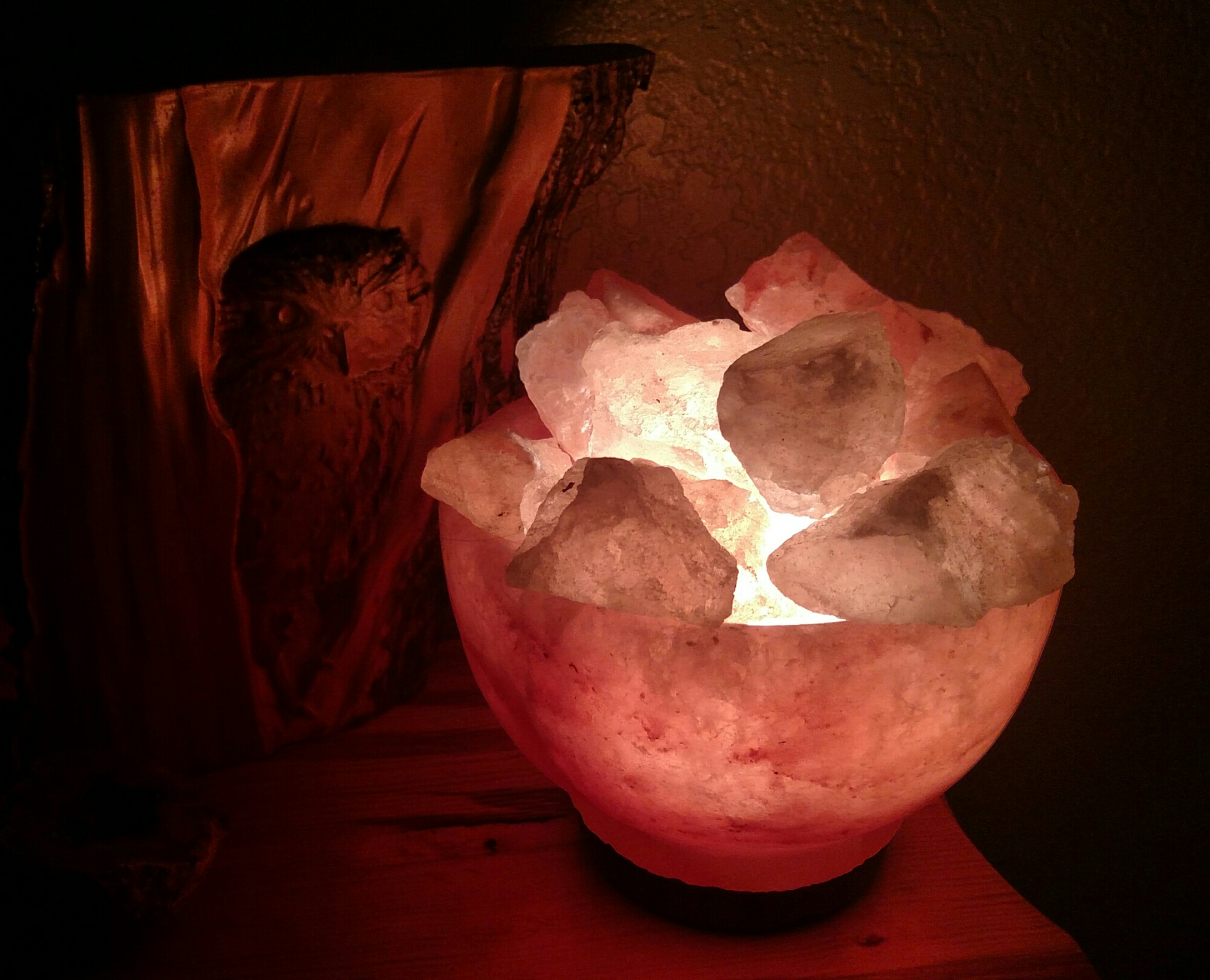 You know how good you feel when you hike in the mountains, play on a beach, or stroll in the forest?

That’s because these places are filled with something negative…. NEGATIVE IONS

And wouldn’t it be great to feel that good while sitting in your office, or your home or even your car?

Well you can by with a little help from Himalayan Salt Lamps because these beautiful chucks of pink salt emit Negative ions when they warm up!

So let me explain how negative ions are a good thing.

The forest, the beach, under a waterfall, after a rainfall all have one feel good thing in common, they all have an abundance of Negative Ions in their atmosphere.

Now it would be really nice if we could spend our lives in the forest or at the beach but life must happen and we often find ourselves in crowded office spaces, tiny cars, air conditioned homes and other polluted environments. These areas are filled in abundance with positive ions. 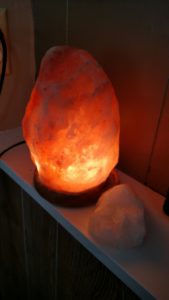 So what are Positive Ions and why are they so bad?

Positive ions are all around us in this crazy, crowded, air conditioned, TV watching, dryer using, radio and WiFi – wave filled life. Positive ions are atoms that have lost one or more of their electrons. Yes, we have created these things by using all those wonderful things in our lives. But These crazy guys can have a negative effect on our health. Positive ions create havoc on our moods, we lose concentration and could even keep us tossing and turning at night.

Negative ions (and Himalayan Salt Lamps) to the rescue.

Himalayan Salt lamps are not only a beautiful addition to any space, but when the salt gets warm they emit Negative ions. Like little atom warriors these Negative Ions go out into the air and attach themselves in abundance to positively charged air molecules which are pollutants. Once attached the pollutants become to heavy to stay airborne, they fall away and you have cleaner air.

These negatively charged air particles will reduce electromagnetic charge due to wireless, radio waves, and other electronic smog. They have been shown to clean the air of pollens, mold, viruses, bacteria, dust, pet dander, cigarette smoke just to name a few. Breathing negatively charged air particles help combat free radicals within your body when they hit your bloodstream. Plus they aid you in relaxing and unwinding at the end of the day.

In the work space negative ions can improve concentration, releases stress, gives us energy and enhances our mood.

Most Himalayan Salt Lamps will not cover an entire area so make sure you have one in every room.