A gift a day from the universe 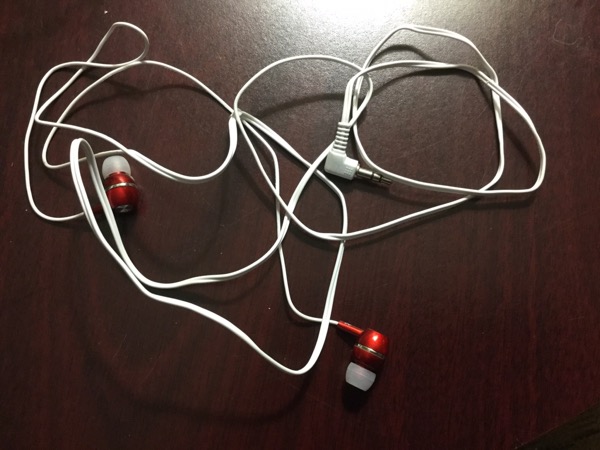 In order to be present in my everyday life I decided to watch for and note any gift that is given too me out of the blue. I am asking the universe to give this to me purposely to prove that the universe is working towards manifesting all our hopes and desires.

So here goes “Universe, I want something gifted to me everyday this week. Something I would not normally be given but that someone saw fit to provide me”

I started thinking about this yesterday while sitting in a giant plane, thousands of feet about the ground, on my way to the state of Washington. We had a 4 hour flight. I brought books, my iPad, my phone with music, lots of stuff to entertain myself with. Ben, my husband, brought nothing! This flight had a movie they were going to show that Ben wanted to watch. He needed ear buds to listen, so I loaned him mine since the flight attendants got caught up in a medical issue and then soda service and never got around to selling ear buds.

Eventually they came by to see if we wanted a drink and he asked about the ear buds. They could sell us some but it needed to be on a credit card which was in his wallet that was in his back pocket and he was all buckled in. I said “no worries. I did not need mine back, we will get a set later for the return flight!” After the soda service was over the flight attendant came by and GAVE me a pair of ear buds. A gift….from the flight attendant….from the universe.

The universe and God, wants us to have what we need, even something as simple as an earbud set. All we have to do is ask. And then watch and accept. Sometimes we don’t notice the gift we are given for it can be as simple as a smile from a stranger when you are down in the dumps, a feather floating to earth when you are feeling alone, a $5.00 bill laying on the ground just when you need it.

So try it yourself, let the universe decide what gift you will receive and let us know about it. Just stay present, look for and expect it and it will come.